Burkina Faso Becomes a Donor of the African Water Facility 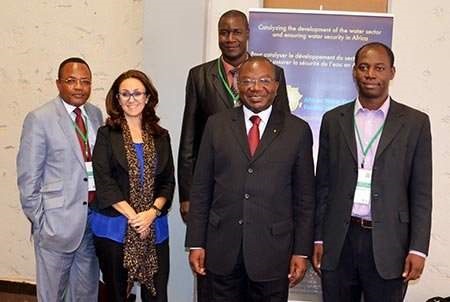 Burkina Faso became a donor of the AWF earlier this year when contributing €80,000 to support the Facility, which it pledged at theConference on Partnership for Strengthening Water Security in Africa, held in the context of the World Water Forum which took place in Marseille, March 14, 2012.

During a visit to Ouagadougou on November 12, the African Water Facility met with Burkina Faso’s Minister of Finance and Economy, Mr. Lucie Marie Noel Bembamba, to make official the Government’s contribution to the Facility, and to express its appreciation for this generous gesture, also a testimony to AWF’s relevance and effectiveness.