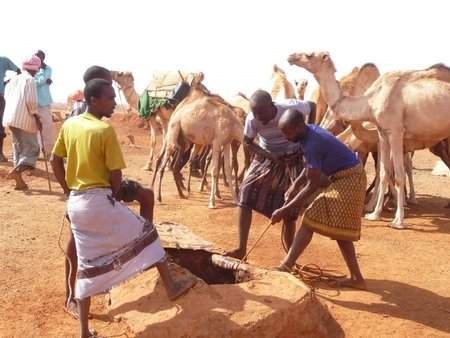 Mogadishu, Somalia, The AWF announced on Wednesday, November 19 that it has offered a €3-million grant to the Republic of Somalia to support a project designed to build resilience to climate change and reduce water stress in Somaliland. The project is expected to improve the management of water resources and attract investments to build water infrastructure and improve water services. Around 3.5 million rural and urban people stand to benefit from the project, as well as 2 million nomadic pastoralists.

“This project is a critical step in Somalia’s efforts to protect its pastoralists and a large section of its population from the impacts of climate change since they are so dependent on the availability of water for their livelihood. It is also a key step in attracting the kind of future investments in water resources management needed to make catastrophic droughts a thing of the past”, noted Dr. Akissa Bahri, coordinator of the AWF.

The lives and livelihoods of Somalis are particularly dependant on highly vulnerable water infrastructure at the mercy of increasingly intense climate variations. About 60% of the population of Somaliland depends on livestock and mainly access water through make-shift wells and streams.

In 2010-2012 Somalia suffered one of its most serious droughts in recent history, resulting in the reduction of herd sizes, putting 250,000 people at risk of starvation and internally displacing 100,000 people in Somaliland alone. The lack of development and poor management of water resources is the leading cause of its vulnerability to drought, and one of the key constraints to improving livelihoods and economic development, hence the great importance of this project for future generations.